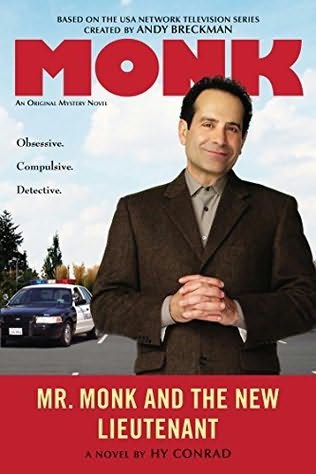 Monk and Natalie have finally settled into a new office routine. Now they just need to work things out with their neighbors—a print shop run by hippies whose music leaks through the walls, driving Monk nuts. But the detectives soon have a more serious conflict to deal with: Captain Stottlemeyer’s new lieutenant, A.J. Thurman —a man of limited skills whom Monk finds insufferable.

Even the presence of Lieutenant Thurman won’t keep Monk and Natalie from attending the funeral of Judge Oberlin, and it’s a good thing. In typical fashion, Monk examines the body in the casket—and finds evidence of poison. The judge was murdered.

When Captain Stottlemeyer begins to show the same symptoms as the judge, Monk deduces that there’s a serial killer on the prowl, someone who wants the captain dead, too.  Thinking the motive might be related to an old case, Monk and Natalie turn to their old friend Randy Disher for help, but even that might not be enough to save the captain’s life.

Mr. Monk Is Open for Business

Mr. Monk Gets On Board

Death on the Patagonian Express