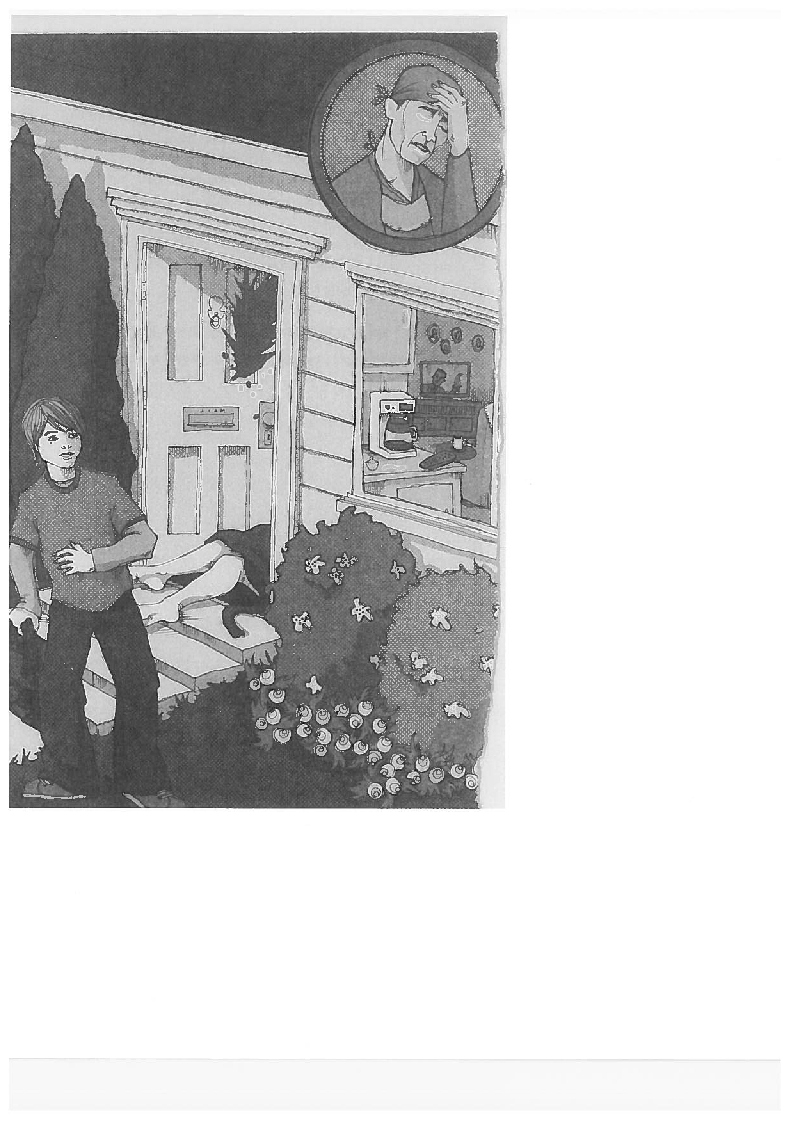 Detective Carol Bixby did her best not to bring Jonah to murder scenes. But sometimes it couldn’t be avoided, like today. They had been at the mall, happily buying supplies for the new school year, when the call came in. Judge Roberta Morton had been found shot to death in her home.

“This is really bad,” Carol kept repeating as she raced out to the murder scene, screeching around corners with a red, flashing bubble attached to her car roof.

Jonah found himself belted into the passenger seat, along for the furious ride. “Why is it bad?” he asked.

“Judge Morton had been receiving anonymous death threats. She was under police protection until today.”

“And she gets killed the same day?” Jonah whistled. “Wow. That is bad.”

Jonah and his mother arrived at the secluded country house and entered through a side door. A crime-scene team was already on the premises, along with Carol’s partner, Detective Peter Pauling. He said hello to them both and quickly brought them up to speed.

“Dr. Morton was the last person to see his wife alive.” They eyed a tall, angular man in hospital scrubs sitting on a sofa, his head buried in his hands. “This morning, he says, was like any other morning.” Pauling looked over his notes. “Morton is a surgeon. He’s up at six every day and out of the house by 6:30. Judge Morton gets up around seven. She makes coffee and then sits down and watches the morning news.”

Carol Bixby crossed to the television. It was still on, and a technician was dusting it and nearly everything else for prints. There were slippers in front of a comfortable-looking chair and a cup of cold coffee on an end table.

“Did anyone hear the shot?” Carol asked.

“No,” said Detective Pauling. “We’re guessing the time of death was around 7:30, after she made coffee and before she got dressed for work.” He pointed around the living room, re-creating the scene. “The judge is watching the news and traffic, just waking up, when the doorbell rings. She opens the door and bang—shot twice in the chest.”

Carol and Jonah wandered over to the entry hall, now cordoned off with yellow tape. The body had been removed, but red slashes of blood still decorated the walls and floor. “How far did the shooter get into the house?” Carol asked the technician.

“Don’t know,” he answered. “There was no reason for him to go inside, but we’re dusting and taking samples just in case.”

The body had been discovered around noon by the mail carrier. “He’s still here,” Detective Pauling told his partner. “You want to speak with him?”

Carol and her son found the mailman standing beside his USPS truck, taking nervous drags from a cigarette. “Her car was in the driveway when I got here,” he stammered. “That was strange, but I thought maybe she was sick or taking the day off. Then I saw the front door open and something lying in the hall.” He shivered. “I didn’t touch a thing, honest. I just called the cops.”

A technician was just leaving the house and stopped to give a preliminary report. “We found a lot of prints we assume are from Judge and Dr. Morton. A few places were wiped clean—the bell and the doorknob, as you might expect. Also the coffeemaker and the TV remote. We’ll know more by tomorrow.”

Detective Bixby was heading back into the house when she turned. Jonah wasn’t following her. He was just standing on the front lawn, thinking. “What’s the matter?” she asked. “Don’t tell me you know who killed her?”

WHAT CLUES POINTS TO THE KILLER?

Carol Bixby was used to her son’s clever theories, but now and then even she got exasperated. “How could you possibly know? There are no clues. No suspects, unless you count the mailman. And no prints.”

“That’s the due” Jonah said, “the fact that there are no prints.”

“Of course. The killer wiped them off.”

“He also wiped them from the coffeemaker and the TV remote.”

Carol frowned. “You’re right. That is a little weird.”

“Here’s a good question,” Jonah said. “What would you think if you’d found her husband’s prints on the coffeemaker?”

“Well…” His mother thought. I’d think the doctor was lying about his alibi. He said that his wife always made coffee after he left the house. So her prints should be on it, not his.”

Jonah nodded. I think he killed her before he left for work this morning. He set the stage by making the coffee, turning on the TV, all of that. Then he wiped off his prints. He had to.”

“That would explain it,” Carol smiled. “I guess I need to talk to Dr. Morton about his wife.”